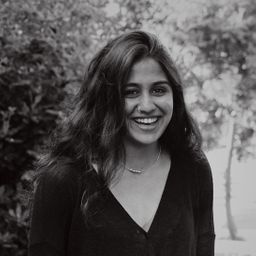 What Is Money, and Why Do We Need It?

The following graphs show the supply and demand curves for two markets. One of the markets is for Tesla automobiles, and the other is for a cancer-fighting drug, without which lung cancer patients will die. Briefly explain which graph most likely represents which market.

What is the difference between commodity money and fiat money?

Why do businesses accept paper currency when they know that, unlike a gold coin, the paper the currency is printed on is worth very little?

The English economist William Stanley Jevons described a world tour during the 1880 s by a French singer, Mademoiselle Zélie. One stop on the tour was a theater in the Society Islands, part of French Polynesia in the South Pacific. She performed for her usual fee, which was one-third of the receipts.
This turned out to be 3 pigs, 23 turkeys, 44 chickens, lemons, coconuts, and "considerable quantities of bananas, lemons, and oranges". She estimated that all of this would have had a value in France of $4,000$ francs. According to Jevons, "as Mademoiselle could not consume any considerable portion of
the receipts herself, it became necessary in the meantime to feed the pigs and poultry with the fruit." Do the goods Mademoiselle Zélie received as payment fulfill the four functions of money described in this chapter? Briefly explain.

(Related to the Chapter Opener on page 475 ) An article in the New York Times Times in 2015 noted, A rising number of Greeks in rural areas are swapping goods and services in cashless transactions since the government shut down banks on June 28 for three weeks." If Greeks were able to swap goods and services for other goods and services, did it matter that currency was not available because the
banks had been closed? Brielly explain.

In the late 1940 s, the Communists under Mao Zedong were defeating the government of China in a civil war. The paper currency issued by the Chinese government was losing much of its value, and most businesses refused to accept it. At the same time, there was a paper shortage in Japan. During these years, Japan was still under military occupation by the United States, following its defeat in World War II. Some of the U.S. troops in Japan realized that they could use dollars to buy up vast amounts of pa-
per currency in China, ship it to Japan to be recycled into paper, and make a substantial profit. Under these circumstances, was the Chinese paper currency a commodity money or a fiat money? Briefly explain.

According to Peter Heather, a historian at King's College London, during the time of the Roman Empire, the German tribes east of the Rhine River (the area the Romans called Germania) produced no coins of their own but used Roman coins instead: Although no coinage was produced in Germania, Roman coins coins were in plentiful circulation and could easily have provided a medium of exchange (aready in the first century, Tacitus tells us, Germaniof the Rhine region were using good-quality Roman silver
coins for this purpose).
a. What is a medium of exchange?
b. What does the author mean when he writes that Ro- man coins could have provided the German tribes with a medium of exchange? willing to accept a Roman coin from another member
of the tribe in exchange for goods or services when the tribes were not part of the Roman Empire and were not governed by Roman law?

(Related to the Making the Connection on page 479 ) Suppose that Congress passes a new law that requires all firms to accept paper currency in exchange for whatever they are selling. Brielly discuss who would gain and who would lose from this legislation.

On january $1,2002,$ Germany officially adopted the euro as its currency, and the deutsche mark stopped being legal tender. According to an article in the Wall Street Journal, even 10 years later many Germans continued using the deutsche mark, and many stores in Germany continued to accept it. Briefly explain how it is possible for people to continue to use a currency when the government that issued it has replaced it with another currency.