The History of Life on Earth 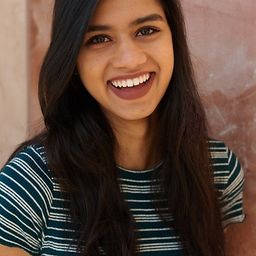 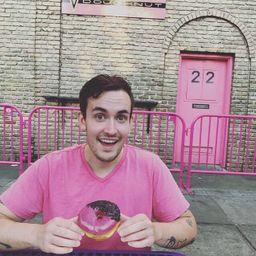 Fossilized stromatolites
(A) formed around deep-sea vents.
(B) resemble structures formed by bacterial com-
munities that are found today in some shallow
marine bays.
(C) provide evidence that plants moved onto land
in the company of fungi around 500 million years ago.
(D) contain the first undisputed fossils of eukaryotes.

The oxygen revolution changed Earth's environment
dramatically. Which of the following took advantage of the
presence of free oxygen in the oceans and atmosphere?
(A) the evolution of cellular respiration, which used oxygen to
help harvest energy from organic molecules
(B) the persistence of some animal groups in anaerobic
habitats
(C) the evolution of photosynthetic pigments that protected
early algae from the corrosye effects of oxygen
(D) the evolution of chloroplasts after early protists incorporated photosynthetic cyanobacteria

Which factor most likely caused animals and plants in India to
differ greatly from species in nearby southeast Asia?
(A) The species became separated by convergent evolution.
(B) The climates of the two regions are similar.
(C) India is in the process of separating from the rest of Asia.
(D) India was a separate continent until 45 million years ago.

Adaptive radiations can be a direct consequence of three of the
following four factors. Select the exception.
(A) vacant ecological niches
(B) genetic drift
(C) colonization of an isolated region that contains suitable
habitat and few competitor species
(D) evolutionary innovation

Which of the following steps has not yet been accomplished by
scientists studying the origin of life?
(A) synthesis of small RNA polymers by ribozymes
(B) formation of molecular aggregates with selectively
permeable membranes
(C) formation of protocells that use DNA to direct the
polymerization of amino acids
(D) abiotic synthesis of organic molecules

A genetic change that caused a certain Hox gene to be expressed
along the tip of a vertebrate limb bud instead of farther back
helped make possible the evolution of the tetrapod limb.
This type of change is illustrative of

(A) the influence of environment on development.
(B) paedomorphosis.
(C) a change in a developmental gene or in its regulation that
altered the spatial organization of body parts.
(D) heterochrony.

A swim bladder is a gas-filled sac that helps fish maintain
buoyancy. The evolution of the swim bladder from the air-
breathing organ (a simple lung) of an ancestral fish is an
example of
(A) exaptation.
(B) changes in Hox gene expression.
(C) paedomorphosis.
(D) adaptive radiation.

SCIENTIFIC INQUIRY Herbivory (plant eating) has evolved
repeatedly in insects, typically from meat-eating or detritus-
feeding ancestors (detritus is dead organic matter). Moths and butterflies, for example, eat plants, whereas their sister group"
(the insect group to which they are most closely related), the
caddisflies, feed on animals, fungi, or detritus. As illustrated in the following phylogenetic tree, the combined moth /butterfly
and caddisfly group shares a common ancestor with flies and
fleas. Like caddisflies, flies and fleas are thought to have evolved
from ancestors that did not eat plants. There are $140,000$ species of moths and butterflies and $7,000$
species of caddisflies. State a hypothesis about the impact of
herbivory on adaptive radiations in insects. How could this
hypothesis be tested?

WRITE ABOUT A THEME: ORGANIZATION You have seen
many examples of how form fits function at all levels of the
biological hierarchy. However, we can imagine forms that
would function better than some forms actually found in nature. For example, if the wings of a bird were not formed
from its forelimbs, such a hypothetical bird could fly yet also
hold objects with its forelimbs. In a short essay $100-150$
words), use the concept of "evolution as tinkering" to explain
why there are limits to the functionality of forms in nature.

In $2010,$ the Soufriere Hills volcano on the Caribbean island of
Montserrat erupted violently, spewing huge clouds of ash and
gases into the sky. Explain how the volcanic eruptions at the
end of the Permian period and the formation of Pangaea, both of which occurred about 252 million years ago, set in motion
events that altered evolutionary history.