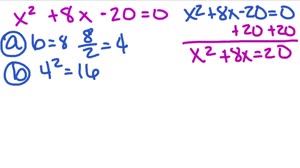 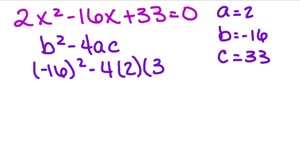 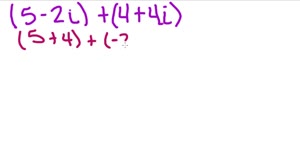 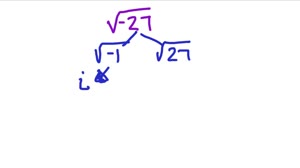 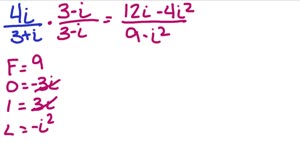 equations by graphic to solve quadratic equations by graphing. You're looking for some specifics. Now we know that on a coordinate grid we have both a y axis and the X axis similar to this one right here and a quadratic equation. When graft is going to look something similar to this, it could be turned upside down. Misc what we call a parabola The solution to a parabola is the point that the parabola crosses the X axis. For example, if this were a Grafton actual one that we were solving this point right here and this point right here would be solutions to the equation and these air points where X equals. I'm sorry, that why equals zero. So you're looking for possible numbers to put in place of eggs where why is going to equals zero? So as we're graphing once we graph, this is what we're looking for. And even if you graph on a graphing calculator, this is what you're looking for. So let's start with the first quadratic equation. X squared plus six, six plus eight equals zero. Now let's set up an X y table. And for this, let's go ahead and let's use the points. Negative five Negative four negative three negative too. And negative one. Now, these air the points that we're gonna put in place of the X and work out. So, for example, if I were doing the first one, I would have negative five squared plus six times negative five plus eight and I would work that out, and my solution would be three. So that would be the first point I would put in and graph, and I would continue doing that. So if I did it for the second one, it would be zero the negative one zero and three. So we're gonna grab the point. So let's start off with negative five and positive three. Next, we would have negative four zero negative. Three negative one negative 20 and negative. One three. So here we see the parabola once his graft. Now remember that our solution is going to come where it crosses the x axis. I have two points that that parabolas crossing the X axis at both points. This one right here is where Why is negative four. And this one is where Why is negative. I'm sorry where X is negative. four and X is negative to both poisons were y zero. So that tells me that my two solutions to this is negative Four and negative to. So let's look at this equation. Let's look at X squared minus X minus six. Equal zero. Now, when you're trying to create your table E, sometimes you're not really sure what numbers to put for your ex. So, um, one thing you can do is you can talk about your vertex and kinda decide where your vertex what points that's gonna bay. So remember what how to do that is you use your A coefficient, which would be one and your beak. Who official would be negative one. And you can use those points to go ahead and kind of decided some points. Another thing you can do is use your, uh, Y intercept. And for this one, my Y intercept. Remember, it's gonna be my, um, constant. So would be negative. Six. So, for my x y table I can use, I can start off and say that for my y intercept. That's going to be I know. I'm gonna have the point. Negative. 60 It's gonna be one of my points because that's my Y intercept. But we can also find our Vertex. So let's say we'll find our X coordinate. And so we know to do that. We have our negative be divided by two a. So, for this instance, would have negative negative one divided by two times one. So that would be 1/2 or we'd have 0.5 so we could use 0.5 even as a point in here. So simply what we would do is we would just put 0.5 squared minus I'm sorry. 0.5 square minus 0.5 minus six and 0.5 squared would be 0.25 minus 0.5 minus six, which would equal negative 6.25 Now, this is one of those instances this one might not be the best point to use, but it'll kind of get you an idea off where you're going with it. I can also look at my equation. I know it's positive, so I can tell that my it's going to be look similar to this so I can see that my Y intercept is gonna be at negative six and my Vertex is going to be a 0.5 negative 6.25 So it's gonna be a little bit blow that. So let's kind of let's use some points kind of around that area. So we're gonna be close to our Y intercept is where Vertex is gonna bay. So let's try. Let's use 0.1. And if I use one, I would have Negative six is Well, um, we could use even negative one. If I put negative one in that equation, I would get negative four should be right there I could use to and to would also give me negative four. And I could use negative, too, because you want to kind of you want to at least get it where you get some points that are both for your wives are both positive and negative. So if I put negative two in, I'm actually gonna get zero. And if I use 0.3, I'm going to get zero. So those are actually what I'm really looking for right there because those points, those are the points that my y Z equals zero. So that's gonna be where X equals negative two and X equals positive three. So my solution to that equation would be negative too. Three