In an evacuated enclosure, a vertical cylindrical…

A hot-air balloon stays aloft because hot air at atmospheric pressure is less dense than cooler air at the same pressure. If the volume of the balloon is 500.0 m$^3$ and the surrounding air is at 15.0$^\circ$C, what must the temperature of the air in the balloon be for it to lift a total load of 290 kg (in addition to the mass of the hot air)? The density of air at 15.0$^\circ$C and atmospheric pressure is 1.23 kg/m$^3$. 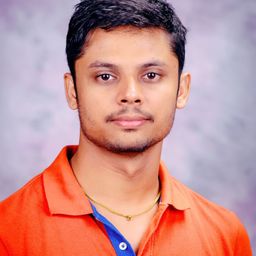 A The mass of a hot-air ba…

The mass of a hot-air ball…

Review. The mass of a hot-…

A spherical balloon is mad…

A hot-air balloon is accel…

A hot-air balloon plus car…

The envelope and basket of…

in this question, we have a hot air balloon that stays aloft because hot air at atmospheric pressure it is less dense than cooler air at the same brush. Er. We're told that the volume of the balloon is 500 m cube and the surrounding areas 15 degrees Celsius and were asked to calculate the temperature of the air in the balloon if it is to lift a load of 290 kg. Um were also given the information that the density of the air at 15 degrees Celsius is 1.23 kg per meter cubed. So there's a lot of information, a lot of givens in this question. So I would just go ahead and start off by writing some of those down. So we've got the volume is equal Thio 500 meters cubed. If the temperature of air is 15 degrees Celsius, that gives us a density of 1.23 kilograms per meter cubed. Then we're told that the mass of the load so with the basket and the people, um of the hot air balloon is 290 kg. But we should keep in mind as stated in the question that the total mass is actually the mass of the load, plus whatever air is inside the balloon as well. So in terms of givens, I think that's it. Now, if the balloon is going to lift, then we need at least, um, a total force of zero. Right. So there's gonna be two forces acting on this balloon, the buoyant force and the gravitational force. So this balloon is going toe lift. Then we need at least a, um, a force that is a little bit in the positive direction. So the sort of crossing over point is where the total force is equal to zero. So that's sort of the criteria that we're looking at. If the Net force is equal to zero, then that means the buoyant force and the gravitational force have to be equal. So this is kind of our starting point. The buoyant force is going to be the density of the surrounding air, right? The surrounding fluid times, the volume of the object times G, and then the gravitational force will be M G. So we got a little equation like this and we can cancel out RGs what this allows us to dio is to calculate the Mt. Um because we can just fill in the density of air which was given to us as well as the volume of the balloon. Okay, so that's going to give us a total mass of 615 kg. And that means that the mass of the air inside the balloon is going to be 615 kg minus the load. The total mass is 6 15, the massive lotus to 90. So we get, um, the mass of the air just by subtracting those two. So it's going to be 325 kg for the mass of the air. What this allows us to do is to calculate the density of the air inside the balloon because we know that density is going to be mass divided by volume. The volume is the 500 m cube, so we get a density of six point 0.65 kilograms per meter cubed, that is for the air inside the balloon, um, which is at the higher temperature. We need some way to associate this density to the temperature of the air. Um, now one way that we might start to figure out how those two things are. Associate ID is to incorporate the ideal gas law. The reason being is that the ideal gas law has temperature. It also has a volume, um, and number of moles, which was related to the mass. So that kind of ties temperature into things that are related to density. So what, we can dio um, we know that the number of moles is going to be equal. Thio, um, the mass of the air over the molar mass of air and so we can make that substitution right away. And since we're trying to find temperature, I'm going to solve this equation for temperature. And what I get is a p B M over M air. Times are and that's great because, mm, air and V, we can combine those together to make density. Density is, of course, mass over volume. So volume over mass, as we have in this question, is one over density. So we get a formula that looks something like this temperature is equal to P. Ah, I am the Mueller mass over row are So now we have everything in this equation. and we can go ahead and just plug everything in and get our temperature. So ah, we're going to use for the Mueller massive air. It's about 29 grams per mole or 0.29 kg, Permal. So I'm gonna plug in. The pressure will use standard atmospheric pressure. The Mueller Mass, the density of the air in the hot air balloon which we found a couple minutes ago and then just the standard are 8.31 So that will give us a temperature of 544 Calvins. And then we can just convert that back to temperature by subtracting 2 73. So we get 271 degrees Celsius. So in order for the balloon toe lift, we have to heat the air to at least 271 degrees Celsius. That will give us enough buoyant force to balance out the gravitational force. If we heat the air up just a little bit more, that's gonna increase the buoyant force past the gravitational force. And then we will get, um, total force in a positive direction, and the balloon will start to lift

Review. The mass of a hot-air balloon and its cargo (not including the air i…

A spherical balloon is made from an amount of material whose mass is 3.00 $\…

A hot-air balloon is accelerating upward under the influence of two forces, …

The envelope and basket of a hot-air balloon have a combined weight of $2.45…