Provide a reasonable estimate for the number of a… 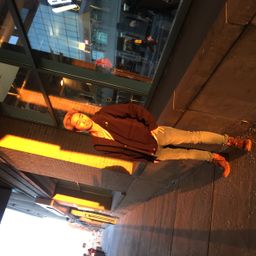 A proposed two-step mechanism for the destruction of ozone in the upper atmosphere is
(FIGURE CAN'T COPY)
a. What is the overall balanced equation for the ozone destruction reaction?
b. Which species is a catalyst?
c. Which species is an intermediate?
d. What is the rate law derived from this mechanism if the first step in the mechanism is slow and the second step is fast?
e. One of the concerns about the use of Freons is that they will migrate to the upper atmosphere, where chlorine atoms can be generated by the reaction
$\mathrm{CCl}_{2} \mathrm{F}_{2} \stackrel{b \nu}{\longrightarrow} \mathrm{CF}_{2} \mathrm{Cl}+\mathrm{Cl}$
Fronn- 12
Chlorine atoms also can act as a catalyst for the destruction of ozone. The first step of a proposed mechanism for chlorine-catalyzed ozone destruction is
$$\mathrm{Cl}(g)+\mathrm{O}_{3}(g) \longrightarrow \mathrm{ClO}(g)+\mathrm{O}_{2}(g) \quad \text { Slow }$$
Assuming a two-step mechanism, propose the second step in the mechanism and give the overall balanced equation. 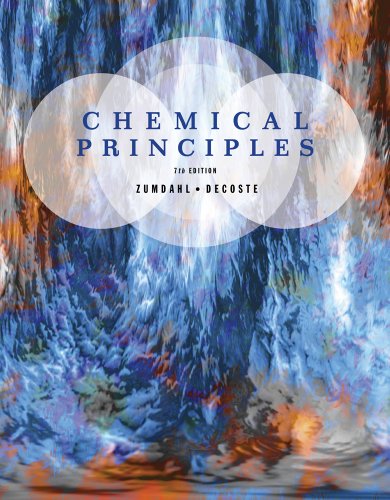 Ozone in the upper atmosph…

The ozone in the earth…

Okay. So for the first part, they want us to determine the overall balance equation for the ozone destruction. So they give us the figure, and we see that the first reaction is, 03 Plus, I know these are all gas yields and all too, plus o two. But so the second equation is you know, to that. So Dios I know. Plus, O two, have you worked to balance this? The two equation that we have right now we would find out that these are already off balance, so we don't have the actual balance of many more. Because there is. For example, if you go to the first equation, there's four oxygen's on the left side, and there's also for on the buy side. And there's one oxygen, one Nigerian on both sides. And if we were to go the second equation, we would find it. There is an equal number of oxygen and nitrogen on both sides, so now they want the overall reaction. So all we gotta do is start crossing out what's on the left with what's on the right. All right, so we have n o is on the left, so we cross this out. I know too is on both sides, right. One on the right and one on. But And then we are left with 03 plus o gives too old too. Right? So that's the answer for part eight. Now for part B, they are asking us for the catalyst Which species is the catalyst? Well, Catalyst, something that speeds up the reaction and is not created or destroyed. What we see that a no is not created or destroyed, right? We still have it. So an 02 n o is the catalyst. Now we go to the next one there. Asking for the intermediate and intermediate is something that is created in one step of the reaction and destroyed. And next we see the N 02 is created in the first reaction and then is destroyed in the second reaction because it's not in the product anymore. So n 02 is the intermediate now for party either asking for the rate law derived from this mechanism. If the first step is the slow one. So we write the right law. All we care about is the slow step. And this is the so step so all we gotta do is write rate. Is it going to k times by the concentration of the reactions? I sold three and then n o right. So we have exploits of one here. I'm just writing it here to show you guys that if this was a three that we would write to the third power. So that's why I put the one day, But you don't actually need it to write one. You can just leave it like this Naffa party. They give us the first step as C l g plus old three gas, you know, CEO gas and oh to gas. And then they want us to write the second step in the mechanism and then proposed he and then give the overall balance equation. So the second step must be so C l ceo. Okay, so certain that must be CEO, right? Cassio is an intermediate plus o yields 02 plus C l gas. Okay, so CEO is believe another catalyst. So I start crossing stuff out. So we have CEO CEO 03 plus. Oh, these are all gas yields. Too old too, s. So this is the answer for party