Use Equation 33.6 to calculate the square of the … 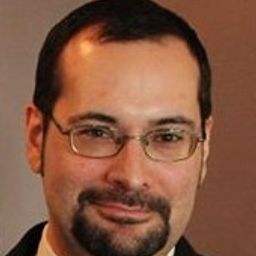 A spaceship travels at $0.80 c$ from Earth to a star 10 light years distant, as measured in the Earth-star reference frame. Let event A be the ship's departure from Earth and event B its arrival at the star. (a) Find the distance and time between the two events in the Earth-star frame. (b) Repeat for the ship's frame. (Hint:
The distance in the ship frame is the distance an observer has to move with respect to that frame to be at both events-not the same as the Lorentz-contracted distance between Earth and star.)
(c) Compute the square of the spacetime interval in both frames to show explicitly that it's invariant. 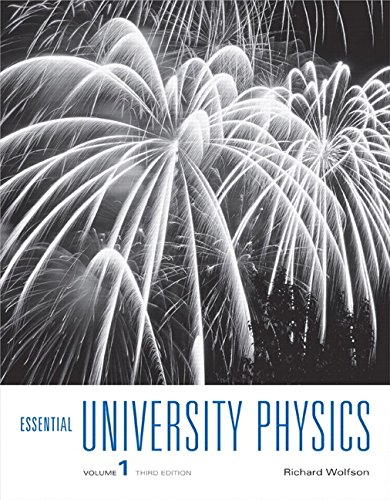 A spaceship is moving away…

A spaceship makes the long…

A spaceship travels at con…

A spaceship moves past Ear…

A spaceship passes over an…

A spaceship moves at a con…

The proper length of one s…

A spaceship travels at a c…

so the velocity of the ship is 0.8 times the speed of light, and the star is 10 light years away. So we go ahead and we calculate gamma, which is one divided by the square root of one minus 10.8 squared. And that gives us 1.6667 I go to four decimal places. So in the Earth Star reference frame, we will place event A at zero, and we will place event be a 10 light years. So event A is the ship leaving the earth? An event B will be the ship arriving at the star. So the distance between these two events is then 10 light years, which is obviously the same as the distance between the earth and star. And this means that the time it will take for the ship to travel from the Earth to the star will just be the distance in the earth star frame divided by the velocity of the ship so real that is relative to someone on the earth. Anyway, the time for someone in the ship will be a different time, But right now we're just calculating in the Earth Star referenced range. So we divide 10 light years by 100.8 0.8, which is the velocity and light units, and we get 12.5 years. So that's the amount of time relative to someone on the Earth that it will take the ship to arrive at the Star. And once again, this is all for the Earth Star frame. As Faras Delta X and Delta T are concerned now for this. For the ship frame, we make a Lawrence transformation. We have Delta X Prime equals gamma times, Delta X minus V Delta psi. So we substitute in our numbers and we have 1.6667 times 10 minus 100.8 times, 12.5 and we get zero. They're zero distance between the Observer and basically, actually, this is the distance between the events. So that's really what this means if he's traveling at 0.8 times the speed of light. Whereas there was a spatial distance between him leaving the Earth and arriving at the star, those were the two events. There's gonna be zero spatial distance between these two events for the Observer and the ship frame. However, as far as time is concerned there's gonna be a non zero time separation between the two events because once we made this calculation and we substitute in our numbers, we'll see that they're 7.5 years. What this means is that relative to someone on the ship, the Earth passes by him and he leaves. And then 7.5 years later, the ship, the not the ship but the star shows up so he didn't have to move in his ship. He just stayed in his seat, the earth moved by him out his window. And then 7.5 years later, the star showed up in his window. That's really all that means. And so there it is. So now what we want to do is look at the space time, interval the square of it, and what we get is we make a calculation using the Earth Star reference frame values for Delta X and Delta T. We get 56.25 square light years and now we're going to calculate that using the ship values and we get see Delta T Prime squared minus Delta X Prime squared and we get 7.5 square, minus zero squared. It's the same value 56.25 Light your squared and we see that this is an in variance.

A spaceship is moving away from Earth with a constant velocity of $0.80 c$ w…

A spaceship makes the long trip from earth to the nearest
star system, Al…

A spaceship passes over an observation station on Earth. Just as the nose of…

A spaceship moves at a constant velocity of $0.40 c$ relative to an Earth ob…

The proper length of one spaceship is three times that of another. The two s…