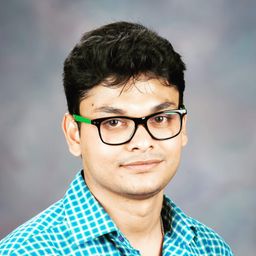 An electron with a speed of $5.00 \times 10^{8} \mathrm{cm} / \mathrm{s}$ enters an electric field of magnitude $1.00 \times 10^{3} \mathrm{N} / \mathrm{C}$ , traveling along a field line in the direction that retards its motion. (a) How far will the eletron travel in the field before stopping momentarily, and (b) how much time will have elapsed? (c) If the region containing the elec-
tric field is 8.00 $\mathrm{mm}$ long (too short for the electron to stop within
it), what fraction of the electron's initial kinetic energy will be lost
in that region?

An electron enters a regio…

Suppose an electron is rel…

(II) An electron with spee…

so the initial direction off motion is taken to really positive extraction. This is also the direction off e. So we'll be using the following question. The F squared minus the initial squared he I squared equals two to a aah Delta X to figure out Delta X. So here we have the F, which is the final velocity with zero. You know, the exploration is basically force over Mass, which is anarchist E times the electric field divided by mass of the electron. And then we saw for Delta X from here, which is so that's part A that rendering. So let X is negative. The I squared divided by two a, which is and e So there's a negative sign. M e the I squared, divided by to E. And then there the native stands with, which gives us 9.11 times 10 to the power native. 31. That's Katie times five. So that's B squared, so five times tended bar six meters per second. Then we're square here and then divide that by two Are times electrics, electrons. Charges is 1.6 times tended bar negative 19 Coolum and the electric field is one time sent the bar three Newman Pakula, which gives a 7.2 Sorry, 7.12 times end of the bar. Negative too meter. So for part B Ah, we can use a question 2.17 17 Ah which gives us d with his Delta X over the average velocity which is s o the average velocity is basically the initial plus the finals divided by two. And since he finally zero, we have the initial by two. So that gives us twice Delta X divided by the average which is toward Ames 7.12 times 10 to the power negative toe meter on, divided by the average are the initial in that case. So that's gonna be the initial Excuse me on DA The initial is five times and for six meters per second, which gives us 2.85 times 10 to the power negative eight second Ah, in part C will be using Delta V squared equals two twice off a Delta x ah, with the new value off Delta X, we see that delta K or change in kinetic energy divided by the final kinetic energy is equal to Delta Half and e V spread divided by half off m e he I spread which is equal to Delta V squared, divided by P I squared and from ah, the above A question we see the Delta V squared is equal twice off, eh? Delta X divided by the I squared which is again can be written is negative twice e ah Smalley Biggie Delta X divided by and e the I squared now Ah, using the given numbers, Let me write down the numbers over here. So ease negative 1.6 times tend to the bar Negative 19 Fulham Big e is end of the bar three Newton for Coolum. Um, Delta X is sorry. That's meant X is eight kinds tend to the power negative three leader and ah m is the weight off electron Witches are the mass of the electron which is 9.11 times tentacle and then get native Ah, 31 kg And finally we have the initial velocity V I, which is equal to five times 10 to the bar. Six meter R. Sorry. Ah, meter per second. So using all the numbers, we see that fine. The final wish. Final value of Delta K over K F is negative 0.112 So does the fraction of the initial kinetic energy lost in that Ah, in the region is 0.112 are 11 point 2%. All right, Thanks for watching.

Integrated Concepts
An electron has an initial velocity of $5.00 \times …