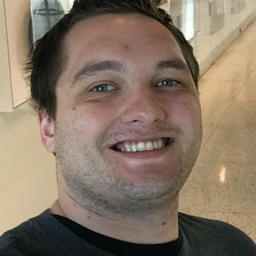 An outfielder throws a baseball to his catcher in an attempt to throw out a runner at home plate. The ball bounces once before reaching the catcher. Assume the angle at which the bounced ball leaves the ground is the same as the angle at which the outfielder threw it as shown in Figure $\mathrm{P} 4.58$ , but that the ball's speed after the bounce is one-half of what it was before the bounce. (a) Assume the ball is always thrown with the same initial speed and ignore air resistance. At what angle $\theta$ should the fielder throw the ball to make it go the same distance $D$ with one bounce (blue path) as a ball thrown upward at $45.0^{\circ}$ with no bounce (green path)? (b) Determine the ratio of the time interval for the one- bounce throw to the flight time for the no-bounce throw. 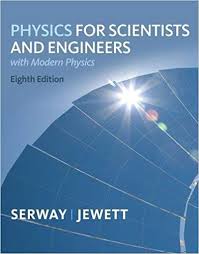 A batter hits a baseball a…

(a) An athlete throws a ba…

A ballplayer standing at h…

A baseball is thrown from …

Hitting a baseball under a…

already. So we got a ball that's thrown that it lands and balances again continues on. We have some angle your data through one of the investigating and some initial velocity here is Well, we're gonna investigate, All right? And it's also important. Know that this angle here do you. All right, so we do know one thing we can find out do vertical range or the horizontal range for this projectile. We're gonna use the range innovation r equals he's word. I'm signed to theater when we divide this by G. All right, now we're gonna consider the initial speed of the projectile is V or V non. Rather, as the rain for the projectile went thrown at 45 degrees while we get b squared over G and fade, I equals 45. All right? We're also gonna have a other situation. Your favor. One and this for calling our 45. All right? And for this case, you'd have the squared we're sign. I'm scientific data over G. We're also gonna having are fated to the other scenario. And that's gonna be remember half of the speed after that balance squared and sign to theater the brother by G, which we can cleaning up a little bit and will make that up. You squared. I'm signed to think, uh and we will divide this by four g. We could actually find the total range now, but it's adding up the thing no one in the data to So we'll do that over here They are data One was our they don't you, which is gonna be equal to splitting guys in the squared signed to date over G plus he's word sign truth data over 40 which we can go ahead. And you could factor out the common terms, which is that if he squared Scientific Aidid's and the G and left with one plus 1/4 which becomes five or four personally original stuffs here are or fada is equal to five over four. He's where b squared scientific data, scientific data over G And since they make it to this since the are 45 or this, our data get to the same person, the ball's getting thrown to standing over here on this side. What we can do then is said this guy equal to what we just got over a year since that range will be the same. So we have five over four. He's weird scientific data over G, and we have to set this equal to Well, it's a sequel to the 45 degree angle situation we have, which is to be swearing over Jeep when you go ahead and solve for this, say that here, you say that equals 26.6, please. All right, so it gives us the angle for the ball to be launched at my words Could do time. Flights that causes do down here will put nto f for top flight. And we know we can use t equals to be Scient eight over G, and you could find this very quickly if you would use faded equals 45 degrees Fada People's 45 degrees. For this case, he gets one point before one in terms of the velocity over gravity. We'll go ahead and box in right here, and I wouldn't be the same onto the angle stater that was described earlier. What should we do that? Let's move this over here. I'm going to actually go ahead in the race of this stuff here. It's really equated those just to get myself well, extra space to work. You cannot find the time for the ankle. Fada, have you found earlier and use the same idea to the sign to the side of 26.6. All right, plus on this is over, G Plus, it'll move this over here my several more space. You know, Waas the second part of the motion just a number V over to no sign of the same angle 0.6 point six signs 60.66 And by this also bite you. And when we do that between itself, we got one point 35 the over Ji Joe boxing hero. Quick and I need to take our other ratio. We just found a second ago. We want the ratio between the time taken by one bounce to no balance. So let's just do that up here. You have see data over tea 45 equals 1.35 the over G and I was gonna be over 1.41 The energy is fees over. Geez, Cancel. Well, you're getting a ratio. Well 0.957

When baseball players throw the ball in from the outfield, they usually allo…

When baseball players throw the ball in from the outfield, they usually allo…

When baseball outfielders throw the ball, they usually allow it to take one …

(a) An athlete throws a basketball toward the east, with initial speed 10.6 …

A second baseman tosses the ball to the first baseman, who catches
it at …

A baseball is thrown from the roof of a 22.0-m-tall building with an initial…

Hitting a baseball under a wind gust $A$ baseball is hit when it is 2.5 $\ma…