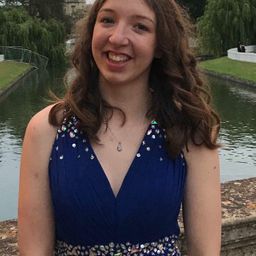 Attendance 2010 In the previous chapter, you looked at the relationship between the number of wins by American League baseball teams and the average attendance at their home games for the 2010 season. Here are the scatterplot, the residuals plot, and part of the regression analysis:
Graph cannot copy
a) Do you think a linear model is appropriate here? Explain.
b) Interpret the meaning of $R^{2}$ in this context.
c) Do the residuals show any pattern worth remarking on?
d) The point in the upper right of the plots is the New York Yankees. What can you say about the residual for the Yankees?

a) No
b) This means about 28$\%$ of the variability in attendance is accounted for by the number of wins.
c) The given residual plot is U-shaped. The linearity condition appears to be violated.
d) The residual for the Yankees stretch the residual plot vertically. If we remove this point, the slope of the regression model would decrease. 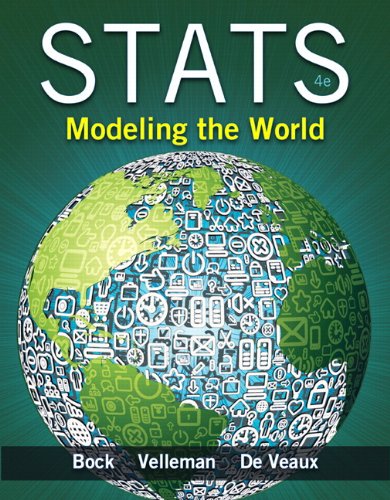 The table shows the averag…

Sports The attendance at p…

Does a major league baseba…

discussion is looking, assessing linear model appropriateness on looking at R squared values in the context off American League baseball teams and their average attendance. So I've done a very rough sketch of the two graphs you get given in. The questions are left. We have the reason and the scattered block. So just of the data and it'll Roy, we have the residual plot, which was done with the many regression model so far? A. They're saying, Do you think a linear model is appropriate and to explain? No. If you look at the skeptical, you can see. Actually, there's a bit of a curve to the data, a curve with much more closely for that data than the line that's been put in, if you can say and this was, uh, with residuals, if I linear model was a good fit and was appropriate, we're looking from random residuals, but here again you can see curve pattern. Andi. That is not what we wanted in appropriate model. So no, it's no, it's no program, and that's and, he'd explained, using what I've just said about the two graphs and maybe certain things will draw in the curves on like I did, So I can be is Oscars to interpret the meaning of the all squares in this context of R R. Squared is 28 point full percent. Now, remember, ask for it is all about the variability, and here we're looking up and whether the attendance and winds of games have any kind of relationships. So as we're looking at, um, how attendance and wins a linked we can use, ours were about to say that 28.4% variability in attendance is explained or you could say accounted for by the number of ones, and that's what you need for that. So now moving on to want see, it's also most of the residual show. Any pattern that's worth market on on. This is exactly what I mentioned a minute ago. It's this U shaped curvature in done that you can draw the shape and get the majority of the points in. So it says, even you could just say curvature. But if you're more specifically is even better, so you shaped. And that's definitely worth remarkable because this shows that Loony Garrity, which is one of our conditions, is what I said which is one of the reasons the model is inappropriate. So it's definitely worth definitely need so curvature. If you've me more stuff say U shaped. That is also important. Moving on to the last part Point D It is the point In the upper right of plots is the New York Yankees. So will akin yeah, on him on our Facebook. What we can say about that residual. So as you can see on the plots, especially this one, the graph is actually extended purely because of that one vertically and again here, this is it was one of the highest ones which shows that the predictive value in the actual value were the most different. And that shows that by how far away from the long it is more phone less of a rough sketch. Um, you can say that if you remove that point, the slope would decrease. So if you have a growth we're trying to do, we're doing our least squares and us. So let's say you had loads of points. They had ball massively out. That's a had it all up there. So now the line looks something like that. Oh, if we were to take that one out. A line would automatically the shallower and with all these girls announces. So for this wonder, you could definitely say that by removing that point, you'd get a shallow sloped. At that point in Latin increases the slope, so to remove it with decreases like and that's the

Baseball teams win and lose games. Many fans believe that a team's earn…

The attendance $ A $ (in millions) at NCAA womens college basketball …