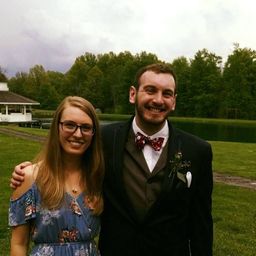 Determine whether the points lie on a straight line.

Vectors and the Geometry of Space

Determine whether each poi…

Tell whether the points in…

Find the slope of the line…

Determine whether each poi…

Hello and welcome. We are looking after chapter eight, Section one. This is problem nine. It's arrested a determined whether points lie on a straight line. Uh, these air three D points, which complicates things a little bit. So there's lots of different approaches about the one we're gonna take. We're not gonna make too many assumptions about what you already know. So if you have three points, if they lie on the same line than if you take this distance, add it to this distance, you're going to get the same. Overall distance is if you just measured the total length between all three. So that's the approach we're gonna take here because if they aren't cool in here and you basically have a triangle where say this distance plus this distance would not add to this distance, it actually be further because you're kind of going out of the way. We're gonna find it. We're gonna find the distance for each of these between each of these points, and then we're gonna just do a little addition problem. So, um, to the distance from a to B, we're gonna start with Thanks. This is square root. Um, and as long as you stay calm. Consistent. It won't matter if you do two minus three or three miles, too. So I'm just gonna do it left to right. So I'm gonna do to minus three before my seven and then to minus negative too. So that's going to look stupid. That's gonna be negative. One squared is one negative. Three squared is NY and two plus two is four. Squared is 16. The distance from A to B is, uh, root. 26. Do the same thing for B to C. That would be three minus one squared, plus seven minus three squared and then negative two minus three squared. Simplifying that we have, uh, two squares. Four. It's four square is 16 and then negative. Five squared is 25. This would add up to square root of 45. Lastly, a C two mice, one squared, then four mice, three squared, and then two miles, three squared. So we have square root of one plus one, and then this will be plus one or route three. So if we take the two shorter ones and add them together Route 26 plus Route three. The question is do Does that equal. Route 45 could use a calculator to verify this. Remember, we're 26. Plus Route three is not equal. Route 29 s a route 26 plus Route three. Left hand side. I got approximately 6.831 for the right hand side. 45 about 6.70 Right. So for part A here, you can say confidently. No, I'm on part B. Same process. We need to find you length from D to E zero. Nice one squared waas. Negative five minus negative. Two squared, plus five minus four square. All right, that would be one negative. Five plus two. It's negative. Threes. That B plus nine plus one. That would be route 10. All right. Next one D f. Your last three square. Just two x coordinates. Difference of the X coordinate. Get five miles. Four squared, man five minus two square. This will be the screw of nine. Negative. Five minus four. Should be negative. Nine squared with the 81 and then Reece squared again Would be another nine. So this would be the square root of 18 plus 81 should be squared of 99. Yes. Okay. And then, lastly, e f. Same calculation. Using distance formula. Right? One last three is negative. Two squared. It's four negative. Six squared is 36. She squared is four. This would be the square root of 44. So if we add up the two smaller sides, the question is by the same logic we used on the previous page. There is this equipment. So if we punch this into a calculator, one way to check that's right hand side is approximately 9.7 96 on the right hand side. Like that night 0.9 five zero. All right, so it's a double check real quick. Oh, I see what I did here. So you probably saw this. Ah, a long time ago. But this is square to 10. It should be squared of 11 9 plus one plus one on the left. So if I fix that, this actually does work out. I thought it was supposed to. This is, uh, memories that make it more clear. So then it works out to 9.950 And if you look at the full decimal, they do equally so for part B Yes. Uh, these are cool in here because the two smaller segments add up to be the same length as the longer segment. All right, we are done.

Vectors and the Geometry of Space

Determine whether each point lies on the graph of the equation.
$y=x^{2}-…

Find the slope of the line through each pair of points.$\left(\text {Hint:} …

Determine whether each point lies on the graph of the equation.
$y=4-|x-2…