Use Table 11.5 to calculate the four-firm concent…

Use Table 11.5 to calculate the four-firm concentration ratio for the U.S. auto market. Does this indicate a concentrated market or not?

Use Table 11.5 and Table 11.6 to calculate the Herfindal-Hirschman Index for the U.S. auto market.
Would the FTC approve a merger between GM and Ford?

If the transit system were allowed to operate as an unregulated monopoly, what output would it supply and what price would it charge?

If the transit system were regulated to operate with no subsidy (i.e., at zero economic profit), what
approximate output would it supply and what approximate price would it charge?

If the transit system were regulated to provide the most allocatively efficient quantity of output, what
output would it supply and what price would it charge? What subsidy would be necessary to insure this efficient provision of transit services? 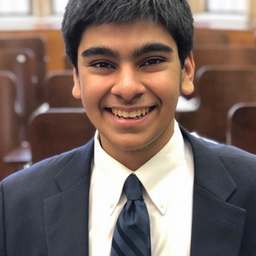 Do you think it is possible for government to outlaw everything that businesses could do wrong? If
so, why does government not do that? If not, how can regulation stay ahead of rogue businesses that push the limits of the system until it breaks?

Antitust laws are the laws and regulations that are imposed by government or authorities to
ensure the increased competitiveness in the market. It also helps observe and control mergers
and acquisition taking place between big or key firms.
If government wants to control everything done by businesses that is considered wrong or
outlaw, then they need to manage each and every aspect of business directly. This leads from
capitalism to socialism where the free market benefits get lost. The best way for government is to
put proper and effective regulations in place with strict supervision and implementation which
leave firm to perform freely under those regulations reducing the events of outlawing. 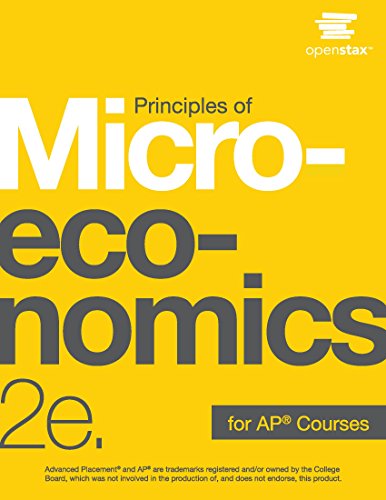 everyone today will be going through Problem number 34 from Chapter 11 of the tux book dealing with monopoly and antitrust policy. The question is, do you think it is possible for governments to outlaw everything that businesses could you wrong? So to answer this question, I mean, logically speaking, it's basically saying, Do you think it's possible for government to control every single aspect of businesses things like insider trading, collusion, even the illegal things like those? Do you think it's really possible for the government to oversee that and control it and then outlawed? If it's illegal? Well, no. A lot of sketchy stuff does happen, even without government noticing, it stops your response to the question, and then it says, if so, blah, blah, blah. But we didn't answer yes. And then it says. If not, how can regulation stay ahead of rogue businesses that push the limits off the system until it breaks? So that's basically saying, How can regulation from the government? Or how come the government stay ahead of illegal businesses and corporations that are pushing their buttons? Um, so one of the things that comes to mind logically, is that the government can present harsher consequences to the businesses that are robe that are not following rules that are doing illegal things like insider trading in collusion, um, so harsher consequences. I mean, the harshest one would be that the business altogether would have to shut down, but in most cases something minute they could receive a hardship punishment. Harsher Consequence says. Obviously, I named the most extreme one shutting down business but charging a greater substantial find than they currently have for that company, or for that industry that is doing illegal activity and being broke. That's an option under there's tons of theories about how regulation could be improved. One of the things is that, um, government. And by the way, I'm using the government because that's the regulator. Off government regulation is often here. They can decrease their own costs, especially in information. The way that information travels through the government. There's a lot of money spent on that. It's all right, especially in info. Obviously with last money spend, it gives the government more options and how they go about regulating businesses. Maybe they have more personnel on that regulation, um, in their information sector that they're spending quite a lot of money. It's something known as information. A symmetries. Some of you may know that some of you may not, but largely can also think, Well, servant has more money they can regularly feather on. Then maybe 1/3. And last thing is, um they encourage competition. Now, this may sound a little Russia agree. Like, why would you want to encourage competition? Wouldn't that just cause road businesses to go even more? Oh, well, studies have shown that actually encouraging competition, you know, could actually prevent the road businesses. Um, from doing something bad because there's more competitors and they have to kind of a bay by a certain ground rules. And if not, we looked at more deeply by the government because the government no. All right, something's going wrong with one of those firms. If they're doing abnormally well, fostering healthy levels of competition and along with that, um uh, providing for economically efficient price structures, that's another way competition and then increase the price structures or, rather, efficiency with price struck years. I mean, obviously could just say greater efficiency. Government, it's gonna be greater, can have greater efficiency. As I mentioned in the second point through their information, the way travels with Ivan abbreviate price of the Capital P and the Emirates structures. So those are just a few ways, um, in regulation theory that, um in answering the second question about, if not, how can regulations stay ahead of rogue businesses that push the limits? These air some ways harsher consequences. We discuss the threat of shutting down the business, the firm's altogether or those road businesses altogether, or charging more severe finds to them. If they do make a mistake. Well, it's not a mistake, officer. If they do break the law, decreasing their own costs, which gives them more money to expand and have more personnel on their regulation, more strict regulation and then greater competition, greater efficiency with price structures. Those are other ways. But the big idea is that obviously know in response to the main question, it is not possible for government outlaw. Every single thing that businesses could you rob, they just don't have that capacity. But these are a few ways that they can get better at it. So there you have it. If you guys enjoyed my video explanation off this problem, please hit the light, but and next to it. I hope you all have a nice day. And thank you for watching.