Find the values of $ p $ for which the series is … 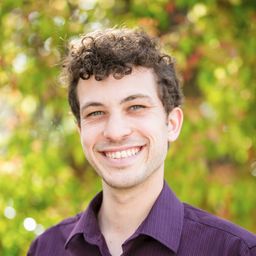 The Integral Test and Estimates of Sums

Determine all values of $p…

Determine all values of $p…

now keep in mind that for and great isn't an equal to two Ellen of n he is going to be possible. So what we have here is a continuous positive, decreasing function. Whatever appears. So that means we can use the integral test. So I'm going to want to integrate, and it's gonna happen. It's when I integrate. I'm going to find the values P that would cause the integral itself converge. So I'm going to do a U substitution of u equals just how on X so that gives you might do just one over x Makes this a nice into girl too. Great. And so I get you know, whatever the end points are of one over you to the P you it becomes, uh, one over negative p plus one. You to the negative people. Nice one. And doing this, they saw that one over you to the P. Is just, you know, the negative p in applied power rule. Of course, this is validated from one end points are but we don't care about you. We care about X. Someone put Our ex is back in. We're going to yet one over negative p plus one an axe, the next vehicles, one evaluated from Tutu. Now we need to take a limit. So we take the limit from era's t Goes to infinity, one over negative peoples one. Hello, next native peoples, one from team Unity. And here I can pull out the one over negative people is one and yeah, trick thi not infinity there. And so get one over negative people. Swon, Lynette asked. He goes to infinity of Ellen T to the negative peoples one minus Ellen too too negative, P plus one. Now I don't care about the Ellen to to the negative people. It's one because it's just a constant. What I want to know is what values of P because this piece to converge. And so to do that, we know that if we have since l nt goes to infinity, you want to make sure that it's on the bottom. So what we need is for a negative p plus one to be Megan. You know, we saw this. You get one less than P. Or in other words, he must be greater than one. So if he is greater than one, the interval converges, meaning that serious convergence

The Integral Test and Estimates of Sums

For what values of $p$ is the following series convergent?

For what value of $ p $ is each series convergent?

For what value of $ p $ is each series convergent?
$$ \displaystyle \sum…

For what value of $ p $ is each series convergent?