Find the volume of the solid obtained by rotating… 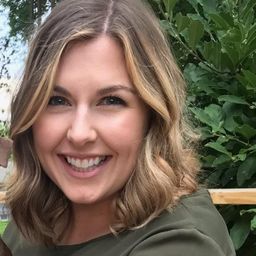 Find the volume of the solid obtained by rotating the region bounded by the given curves about the specified line. Sketch the region, the solid, and a typical disk or washer.
$$y^{2}=x, x=2 y ; \quad \text { about the } y-axis$$

You must be signed in to discuss.
AA

I want to find the ball. You given the equations y squared equals X X equals two. Why? And I'm rotating around the Why axis. So for both of these graphs, air really probably not in a typical form, we would see for graphing. So let's talk about each of these shapes. First of all, why Squared equals X is, ah, horizontal crapola, And if you recognize that you know it's the problem. Form something squared and it's horizontal and you know that a little bit, and you could just go straight into it and draw your horizontal problem. But if you weren't sure you could actually solve this for y equals to get y by itself, you would square were both sides. But remember, when you take the square root, you need plus and minus, which is what gives us the upper and lower parts of our problem. So the square root graft, I hope we know, is this upper part, and then the negative of it is what makes the lower half of the problem. So both options here for graphene. Good choices. Now, for the 2nd 1 I would just do a real quick rewrite here in solving for y equals because then it's just really obvious that it's a line that goes through the origin because there's no plus remind of something. And it's got a 1/2 and from the X. So it's a slope of 1/2. So line through the origin slope of 1/2 exactly gonna start less steep than the proble and then eventually cross through it. So that would be my linear function there. Which means the area where considering is this area bounded between the two crafts. We're revolving it around the Y access. So there is definitely, without a doubt some parts here that are missing. That means we're using a washer. So because I'm easy in the washer set up, I use volume is pi times and a girl Capital R squared minus lower case R squared. We still use whatever variable where we are revolving around. So because it's the why access I used d y. And that means my limits should also be in terms of why, like, why one and why to to the so the first thing we need to consider is what are those limits? What are the Y values that bound this area so I would take my equations for why? Why squared? And two White and I would let those equal to each other solving this. I would subtract the to y and then factor So my two solutions would be Why equals zero and y equals two. And that looks pretty good considering my graph looks like a cross around the origin. It was my hope with the problem, the straight line and then sure, this could be two steps up. Just depends on how zoomed in we are. So my integral going from 0 to 2. Those are the why values that we want to use to fill in. Then the only other thing I need is capital R squared and lower case R squared. I do feel like it's easier to find lower case. Our first. It's the stuff we take away. So it's wherever we go from our access to still that empty space. So notice here, this is lower case are this is the stuff we're taking away. And if I go from right to left, this is actually the parable a shape and this is the access. So lower case R should be that parabola shaped to the axis. Now, how do I know I want to use? Why squared and not the square root of X? Well, easy. If I filled in the square root of X over here, I would have the wrong variable. So I know I need to use an original form of the equation. Which is why square now for capital are we want to consider? What if this were a disc like, What would it take to make this solid? So to go from our access Ah, the way to the edge of the shape. Well, to go from the access to the edge of the shape here, we would need to go all the way over to the straight line. So for capital are if I consider right minus left, then I want to go from the straight line, which was two. Why? To the access, which is zero again. I used to I and not the salt form of it, because I need the variable to be a why. And I realized I said those right, but I put those in the wrong places. So capital are is that to why and then lower case R is that Y squared? Hello. I have to match those. Okay, so now we're at a point. Where would be pretty easy to work this out by hand for the integral If I just want to square these terms. So squaring the first term makes four y squared square in the second term makes wide of the fourth. And then obviously doing that anti derivative of my hand Not too bad. 4/3 y cubed minus 1/5 y to the fifth from 0 to 2, all that multiplied by high in front. And if we use the upper bound minus the lower bound here and we calculate we get 64 high over 15 and that's your final answer.