Each integral represents the volume of a solid. D… 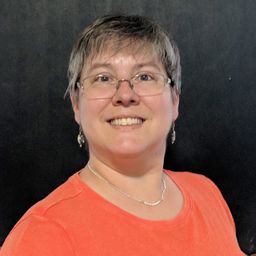 If the region shown in the figure is rotated about the y-axis to form a solid, use the Midpoint Rule with $ n = 5 $ to estimate the volume of the solid.

Use the Midpoint Rule with…

Use the Theorem of Pappus …

The region bounded by the …

Use cylindrical shells to …

Volume of a solid Consider…

this problem references the graph that accompanies this exercise in your book. So make sure you have your book open and looking at this exercise before you continue with the video. Okay, so we have a region. It is not. The edge of it is not defined. We just have a graph of what it looks like. So we're going to use the midpoint rule to estimate the volume of the solid. Now we're going to rotate this about the y axis. So as we rotate it about the y axis, we're going to have a shape. And we're going to use the midpoint rule with five different shells. Okay, so you can imagine concentric, um, cylinders making up this shape. Now, what are our, uh, intervals? We'll end is five. And my graph goes from 0 to 10. That means my intervals go from 0 to 2. 2 to 4. 4 to 6, 6 to 8 and 8 to 10. So I'm just gonna make a chart with all the information we need. For each of these intervals, the bigger and one is going to be the outside radius, and the small one is going to be the inside radius. And we need both because these are going to be You can imagine these as these soldiers. So they're kind of washers. I have the outermost piece, which is pi big r squared minus the inside circle, which is pi little r squared. And I'm going to multiply that by the height of my cylinder. So I have pi r squared big r squared, minus pi little r squared, equaling the hype. So, for example, my second one, my second cylinder goes from two to force to force the outside. That big R two is the small inside our Okay, Well, what else do I need? Well, this is the midpoint rule, so I need the midpoint of each one. So, what is the midpoint of each of these intervals? Well, that's going to be 1357 and nine. Okay, Now we're gonna look, take each of these mid points, and we're going to look at our picture What is again for imagination around the y axis. So at each of these mid points 1357 and nine, what is the height of the shape at that point? Well, if you look at X equaling one the height of the blue. It goes from 2 to 4. So it has a height of two. What about it? Executing three. Well, that goes from Y equals 1 to 5. So it has a height of four. So we just right here. This is our height. And as we go along at the mid point at five, you can see that this has a height of three. Yeah, and both seven and nine have a height of two. Okay, so that's the information we need to find our volume. And to make this a little bit simpler if I'm gonna I'm gonna come up here to the equation. We talked about to find the volume, and I'm just gonna pull out a pie as well. So I have a church times pi times bigger squared minus small r squared. So let's find our volumes for the first one. My height is too. So I have two pi big are is too. So I square that little r zero I square that that becomes eight pi next one. My height is four. So I have four pi and you know, I just can go down and do this pie and height all the way down. Pi times my height now big are four square. That 16 by this little r squared is four. So 12 times four, this is 48. Next one big are that's going to be 36 small r squared is 16. That gives me 20 20 times that height is 60 pie Hey, big ours h that's 64 minus 36. That gives me, um 28 times two is 56 pi and the last one large r squared. That's 100 minus 64. That's 36 times two is 72 pi. So I have the volume of each one of those shells as I go out. Adding all of these volumes up gives me a grand total of 244 pi. If you want to put this in your calculator to find an approximation, it's approximately 766.5

Use the Theorem of Pappus to find the volume of the given solid.
The soli…

Find each indicated measurement.
a) Find $A B$.