In a series of experiments, a chemist prepared three different compounds that contain only iodine and fluorine and determined the mass of each element in each compound:(a) Calculate the mass of fluorine per gram of iodine in each compound. (b) How do the numbers in part (a) support the atomic theory? 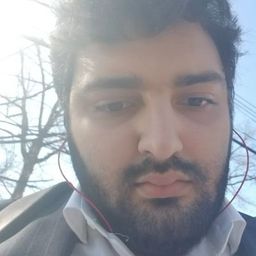 In the Millikan oil-drop experiment (see Figure 2.5$)$ , the tiny, oil drops are observed through the viewing lens as rising, stationary, or falling, as shown here. (a) What causes their rate of fall to vary from their rate in the absence of an electric field? (b) Why do some drops move upward? [Section 2.2]

you guys were doing problem. Tennis of Chapter two and chemistries interest science. So in the Millikan Oil Drop experiment, this is figured. 2.5 time oil drops are observed through the viewing lens is rising, stationary or falling falling. You continue this also in the in the diagram for figure, too. 2.2 point 10. So let me just draw throughout that right here. So you have certain ducks. That's so some are rising. Some are falling and summer just stationary. So because the rate of fall from very to victory from the raid, any absence of the electric field so the rate of fooling about the presence of charge plates are determined solely by gravity. If there's no electricity than the only thing, the only force that's going to be affecting them is gravity. So, upon having charges involved over there, a potion become between similar chart plate and oil drops act to sort of slow the fall, affecting the rate of oil dropping because you're grab like that. For example, let's say grab the slope is pulling you down. You also have electric charge, arch that maybe pulling your drop up so these conflictive so these competing forces are going to affect the rate at which you're falling. You can think of it like the vectors air partially canceling out in your physics class. B. Why do some drugs move upward? SunTrust Move upward as some of the drops which have acquired additional electrons. Do you think Carson was upwards because some of them have been acquired? Edition electrons from being irradiated there now negatively charged shooting. And we'll be repelled from the negatively charged plate at the bottom and B and track as and because they're being repelled from the bottom, that forces pushing, pushing them up. So you have to just think about this in terms of, ah, gravity and electrostatic attic interaction. That's really what's causing the drops to act the way they do.