Two springs of constant density A spring of const… 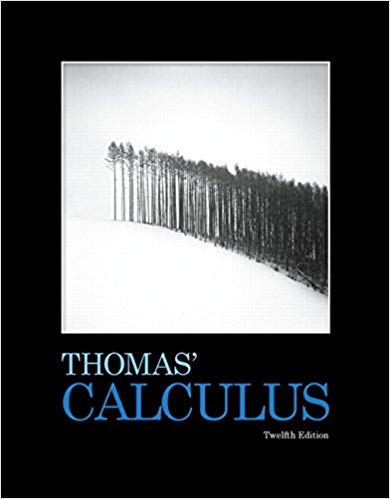 Okay, folks. So now now is the time to start talking about problem number 38. Where were given a rod that we need to find the moment of nursery off. Okay, so, um, the Rod, what we're given is that it lies along a line segment R t. And so in order for you to have a better visual idea of the rod, I'm just gonna go ahead and draw it out like this. And this is when t equals zero. And this point is where t equals one. So this is the rod, and, um, you know, you can the x component. I'm not drawing out the X axis, but you should have. You should envision in your head, um, next axes popping out of the screen. Um, it directed towards you. So the x component the X axis looks like this. Okay, It's, um it's out of the screen. All right, so we have a rod that looks like this, and we're looking for three components of the corn and axes, so let's go ahead and start doing it. Um, I'm assuming you already know the expression for, for the moment, inertia. I'm not going to remind you of it? I'm just gonna write it out. I have a X equals density multiplied by why squared plus Z squared D v ds. Because it's abroad. Um, we're not actually given the density, so I just, you know, pulled out of thin air a new ah variable, not a variable constant. And I called this constant row, and that row stands for the density, which is a constant. But anyway, because it's a constant, I can pull it out. So we have density multiplied by, um, Why squared plus z squared ds Aiken rewrite in terms of tea. So the assets just why that square squared plus z dot squared both Clyde by DT where I used the notation where a dot on top of a letter gives you the time derivative. Anyway, this is equal to integral. Why squared? Plus these word, um, well, why, as a function of T is t Z as a function of T is two minus two t because that's part of the given were given our of tea and the two components give gives us the two functions for wines. He respectively. And when you take the time derivative, you get Why? I mean, you get one for white dot So one squared is still Why? Excuse me? One squared is still one. And, um, z dot is negative to negative. Two squared gives you four multiplied by DT. So now we have route five row T squared, plus tu minus two t squared DT. Where I plugged in these two functions and the integration limits is between zero and one. I'm not gonna go over the rest of the algebra here. I assume you already know the drill. Um, when you crank it out, you get five. Route five, row over three. So that's the X component. The y component is basically the same thing, but with slightly different, um, integration Emmy into grand. So we have our squared minus y squared DS, um, and R squared minus wise for it. It is just gonna give you X squared. Plus, these scored excuse my end writing areas horrible. DS. And, um And if you notice there's no X component this this slender rod that you're looking at here it's It's x component is zero. It lies entirely in the wide Z plane, So x zero therefore, we're going to write we're gonna ignore this term, so we just have way. Just have, um, z squared. Um z as a function of t is to u minus two teas were to square that multiplied by Route five DT. Where I have used our previous results that we have obtained for the first part of the problem, which is X component of the moment ownership. And, you know, we have route five row four plus four teas, Word minus 80 D t. And the integral is, um, between zero and one, so we have room fire. Oh, multiplied by 4/3. Yeah, this is this is a very trivial thing to evaluate. So has skipped over that part. And it's for over three, as you can check for yourself. So this is for over three Route five row. And so, for for the last, the very last component, which is the Z component we're gonna have row R squared minus Z squared, oops. Multiplied by ds and R squared, minus least where it is really just x squared plus y squared. In case you don't know why, that is where our squared is. Stands for the are is the position vector and the length of that position vector is just X squared, plus y squared plus z scored. I hope you all know that. Um so when you subtract off disease where you end up with X squared plus y squared But because of the fact that every point on this on the rod we have zero x component x component zero b the rod of lies along the y Z plane. So we just have y squared here. So we have well, for for the why we've got a function for why, in terms of tea and naming Lee, that's just tea. So we have t squared. Um, yes, I can write that as Route five D t. As we did before. And so now we have route five row key Square DT between zero and one and bass is a route 5/3 rope and that we have found all three of the components of the moment of inertia and we're done for this video. Thank you.

A slender rod of constant density lies along the line segment $\mathbf{r}(t)=t \mathbf{j}+(2-2 t) \mathbf{k}, 0 \leq t \leq 1,$ in the yz-plane. Find the moments of inertia of the rod about the three coordinate axes.

A thin, uniform rod is bent into a square of side length $a$. If the total mass is $M$, find the moment of inertia about an axis through the center and perpendicular to the plane of the square. ($Hint$: Use the parallel-axis theorem.)

The density (mass per unit length) of a thin rod of length $\ell$ increases uniformly from $\lambda_{0}$ at one end to 3$\lambda_{0}$ at the other end. Determine the moment of inertia about an axis perpendicular to the rod through its geometric center.