Two skaters collide and grab on to each other on … 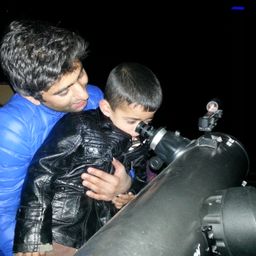 On a very muddy football field, a $110-\mathrm{kg}$ linebacker tackles an $85-\mathrm{kg}$ halfback. Immediately before the collision, the line-backer is slipping with a velocity of 8.8 $\mathrm{m} / \mathrm{s}$ north and the halfback is sliding with a velocity of 7.2 $\mathrm{m} / \mathrm{s}$ east. What is the velocity (magnitude and direction) at which the two players move together immediately after the collision?

On a very muddy football f…

A football player with a m…

{'transcript': "well, we have the linebackers mess m A that is equal to 110 kilogram. And also we have halfbacks, mace and be well and A is equal to 85 85 kilogram and late plus X uh, access be Easton plus y X is be north, right? Eso we have I'll be a one X is equal to zero. We a one lie is equal to 8.28 meter per second and we be one X is equal to seven point two meters per second and we be one. Why is equal to zero? Well, we need to find openly gay too, right? And then we be to well for and isolated system The total momentum before the collision equals the total momentum after the collision. So be one is equal to be to and for two particles. When this can be returnees, be a one less B B one is equal to I'll be a do bliss be, uh, be too right and we know that momentum is given by momentum is given by mass terms lost E where momentum is equal to mass times velocity and therefore we can write the collision equipment in the following form M a dime's we a want lis MB times we be one is equal to mm Hey, times we to less MB times we be too Well, let's call this equation Number one Well, for two dimensional motion. Uh, this equation becomes m eight times We ate one x pless MB times Ah, we be one x that is equal to M eight times we two x lous MB times we be two x Well, let's call this equation to a and for why direction we have m a times we a one Why jobless em be times we be one? Why and that is equal to m a times we to why we two white bliss m v times we be to lie And let's call this encourage him to be right. And now we do calculations Well, since the field is very muddy and the forces that line baker and 1/2 bake are exerting on each other is very large. Then we considered the external metal his own Divorce on the system is approximately zero and so the momentum is conserved Also since the two players move together immediately after the collision So they have the same final velocity and therefore we have Ah, we A two x is equal to ah, we be to acts that is equal to we two x and also we a do why is equal to we be to why right? And that is able to we to why, okay and no lives, um lugging values in equation to a right. Then we have 110 into zero less 85 85 into 7.2. Well, that is equal to 110 times. Are we too explicit? 85 uh times we two x and solving for re two acts will be to excess equal to three point 14 meters per second. And also we substitute values in equation Toby. Then we have 100 in 10 into eight point it less 85 in 20 Well, that is a call to 110 times We do. I ah bless 85 times We do, I write and we too. Why we do. I is equal to 4.96 Me too. Per second, right? No, let's find out. We well these route We two x all square bliss we to Why square? And that is equal to Route 3.14 square less ah, 4.96 clear, and that uses five point 87 meters per second. Now let's find a Peter. When Peter is equal to gain in worse into 4.96 divided by 3.14 that is equal to 57 point seven degrees."}

On a very muddy football field, a 110-kg linebacker tackles an 85-kg halfbac…

One 110-kg football lineman is running to the right at 2.75 m/s while anothe…