Enroll in one of our FREE online STEM bootcamps. Join today and start acing your classes!View Bootcamps

Predict the sign of $\Delta S_{\mathrm{sys}}$ for each process: (a) Alcohol evap- orates. $(b)$ A solid explosive converts to a gas. $(c)$ Perfume vapors diffuse through a room. 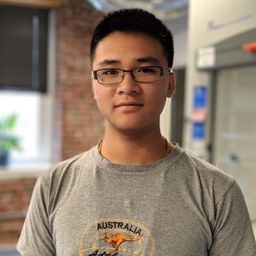 Predict the sign of $\Delta S_{\mathrm{sys}}$ for each process: (a) Gasoline vapors mix with air in a car engine. (b) Hot air expands. (c) Humidity condenses in cold air.

So we're asked to predict the sign of the change in entropy of various processes. So first, let's start by with quick review. Eso if the doctor s or the change in entropy is positive greater than zero. That means it is increasing the entropy. It is less than it is. Listen, zero or negative, and it'll be a decreasing entropy. And so yeah. Ah, positive is a positive is an increase entry. Entropy negative is decreasing. Entropy. Okay, With that in mind, that's continued. So the first process, we have gasoline vapor mixing with air. Okay, so let's say this is a car engine, okay? And this is before, and this is the ass, right? This is the for the city after. Okay, I am in this scenario gasoline on one side and air on the other side. And there's, like, a little wall here, and this is probably on how an engine works. I don't know how 100 works. So what I do know is that if we have gasoline on the sign, we have air in this state. Gasoline is red. Air is blue. Okay, um, and you have, um um in a specific different containers. You can easily identify on this side. We have gasoline on this side. We have pier. That's simple enough to distinguish. But when you have, when you mix them together, it becomes less distinguishable. You can't say this is how it is gasoline. This side is there because they're mixed together. They're all randomness. They're all mixed up together. The entropy increases. So as entropy increases, this is a positive change. So that means the doctor s That's us. He is positive in this case. Okay, so in the next one, we have hot air expanding. Okay, so let's say in this, um, that's you. Let's have let's say this is a balloon here. This is an expandable balloon, okay? And we have air inside the balloon, and we add heat to it. Okay, So this is this this change here, this is when they add heat, okay? And you expanded to the strike and excise. Okay, you and he and, uh, balloon expense. Okay, So is this an increase in entropy? So let's figure this out. So we have a bunch of molecules all bunched up together here. Okay? They're moving somewhat, somewhat, somewhat faster. Is this? It's It's hot air. But our time as a small key was getting more excited. They the a cz he more heat. It's added the molecules. They vibrate faster. They move around faster, they bump into each other faster and they bump into each other more. Okay, they move around. Faster is harder to predict where, where what molecule is going, where because they're all moving so fast. It's hard to distinguish these molecules are smokers are here or they're all going in this direction. Can't really do that with your either. But it's just more difficult in this scenario because one there's more volume, so we can't really point out. Here's a molecule. Here's Matthew, but they're also moving much fancy, so that's also harder to predict as well. So in this case, this is an increase in entropy right here, Delta Ass. It's positive. In 13 era, we have humidity condensing in cold air. Okay, so let's say this is, um, a tank. These tour takes on this against for this after, and the blue here is the, uh, humidity in the air or in this case, water molecules. And so we have, um, thes Monica's all spread out throughout the entire container, okay? And we cool it down. So that means the the temperature as the temperature decreases. So that means the molecules yet listen less excited. And now they start to clump up to each other. Okay, They start to D, and they talk to other. There's little of space left. Um, it's fine. Not exactly What happens? Because on that, Marcus, they're probably still moving around. There's probably still some space left here. Try some left here, but overall, generally they start to condense. And when they condensed the start to form liquids, Okay, get liquids on the walls. Agitator. Something like that. Okay. And as they condensed into liquid form, that dramatically decreases the entropy of the system because you can like, specifically say, Oh, here is a liquid. Here's a liquid. Here's water. Here's humidity. But you can't really do that over here. You can say that in this general vicinity there is humidity. But now you can say specifically that there's community here, here, here and here. So in this case, it's a decrease in entropy. So Delta s he is less than zero four. I think it