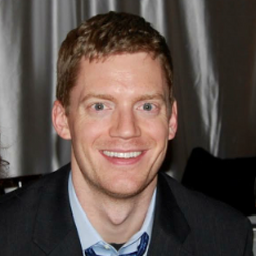 Determine whether the spac…

in order to prove that this integral here ends up going. B squared minus a squared over two will find Delta X, which is our upper limit. Minus are lower limit, all divided by N. The idea is we're going to rewrite these as limit of the some and then simplify from there. So we've got the limit as an approaches infinity, and then we have the some from I There is one thing up to and multiplied by the width of each of our rectangles, which is B minus a and then all over and that multiplied by the next value, which is X actually. And we start with the lower limit a and then we add the F term of Delta X, which is B minus a all over end times I and this is what we want to simplify here, all of that. So the next thing we could do is go ahead and distribute each of these. And so we'll go ahead and write that as a times be, I must say all over and and then we have plus, by the way, it's still the limit in the some. So these two just dropped down I'm just leaving them off for a second. Um okay, so we've distributed those, then we'll go ahead and distribute there, so that will end up killing us. Be minus a squared. Over this time we have m squared and let's go ahead and apply the some toe Both of these. And of course, it's from I was one toe end so that the sum if we completed on the first one, will just give us another factor of n which will actually end up canceling their and the some on the next one. We could replace this. I hear where m and plus one. And you could look up how that substitution works there. It's just one of a given some nations for just I from has won the end. Okay. And then we're going to rewrite this whole thing up here, so let's do that. Maybe green. So what do we have? We've got Let's distribute a here and here. So we've got, um, a B minus a sward. Then we have plus Okay, if we kind of mush this all together here, we're going to have, we'll rewrite it. We're gonna have be minus a all of that weird. Then distributing the end will have and squared and then plus a term with n so that first one would be in squared over the bottom. We have a two and then end square and then finally plus, then we basically have that same thing with, um, end there. So be minus a all squared times and over to and squared. Now, in the very front, we still have the limit as I am approaches infinity. And it's at this point that we're just gonna go ahead and apply that rule. So when the higher power is in the denominator, all of that goes to zero. These ends here divide out. So really now we don't need to worry about that limit. We could just go ahead and substitute, so that helped us simplify it quite a bit. So let's write what we have at this point. So we've got a B minus, a squared still, let's go ahead and expand this out. This will end up killing us plus B squared and then minus two a B and then plus a squared. Except all of these are divided by two. Still, because of that fraction, So it's right that And in the end, let's see what happens here. So the twos cancel that A B cancels with a negative A B does go away a negative, a squared with a plus. A squared over two ends up giving us a negative. When we combine these two, that basically ends up giving us a negative a squared over to and then notice. We already have a B squared over two, which just drops down. And so, in the end, that is the exact same thing as this B squared minus a squared Over two course, we could just go one step further. In fact, with one half out, one half and then we're left with so her empathy, it is there one half B squared, minus X squared. So one of the questions that I had when I was over the years of kind of understanding integration is where does that b minus a come from? And this is ah, good example of how that appears there upon evaluating a and a girl such as this. So I hope that was helpful. There

Determine whether the space curve given by $\mathbf{r}(t)=$ $\langle\sin t, …