Suppose $ f $ is a continuous function where $ f(… 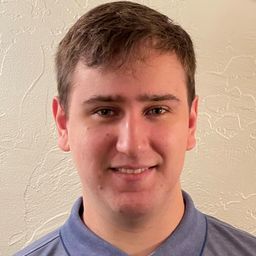 How Derivatives Affect the Shape of a Graph

For the function $f$ whose…

For the function f whose g…

For the function f whose g…

The graph of the function …

So in part a of this question we're gonna sketch a graph or a potential graph of this function. Um given this information, so part a Singh is, I'm just going to draw a graph. And so we're told that at F of three we have this point at three come to so we have a point here rick come to and we're told that f prime of three is equal to one half. Sor increasingly have a positive slope. And we're also told that f prime of X is always positive enough, double prime of X is always negative. So if F prime of X is always positive, that means that we're always increasing and an F prime if F double prime of X is always negative, that means that we're always concave down. So we just need to have a curve that is both increasing and concave down That goes through this .3:02 and that will be a good sketch of our graph. And now for part B, what we're gonna do is figure out how many solutions um or how many zeros are function F of X has, So how many solutions Are there 2? F of X is equal to 0? Well, if we look at our graph, we know that we're always increasing, so there's no way that after this point we're gonna somehow go down and then cross the X axis again, we're always increasing. So the only time that we could cross the X axis would be before This .3, 2 at some point over here, when we're in this concave down um area. And so we can only have one solution for f of X equal to zero since we crossed the X axis once and then we're increasing forever. So we're never going to go back down and cross it again. So there is one possible solution To FX is equal to zero. And now, for part C, we're going to Figure out if it is possible for f prime of two To be equal to 1/3. Well, let's go back and look at the conditions were given originally. So we're told that are derivative is positive, everywhere. Will The derivative here, f prime of two is positive, it's equal to 1/3. So that's that's good. And we're also told that the second derivative is always negative. So we can also think of the second derivative as just the first derivative of R F prime of X. So it'll tell us where we are increasing or decreasing based on if we have positive positive or negative values. So, since we have only negative values of our second derivative F of X, F double prime of X, that means are derivative, F prime of X is always decreasing. So we can't actually have F prime of two being equal to one third. Because if our derivative as it should be, as always decreasing, the F prime of three would not be equal to one half, it would be equal to something less than one third, since one half is greater than one third. That would mean that are derivative actually increased, which is not not in line with the conditions were given, so it is not possible For f prime of 2 to be equal to 1/3.

How Derivatives Affect the Shape of a Graph

For the function $f$ whose graph is given, state the value of each quantity,…

Sketch a possible graph for a function $f$ with the specified properties. (M…

For the function f whose graph is given, state the value of the given quanti…

For the function f whose graph is given, state the value of the given quanti…