You pull upward on a stuffed suitcase with a forc… 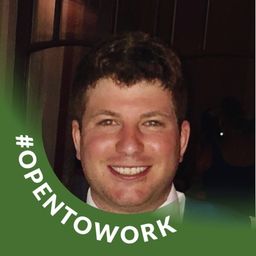 When the Moon is directly …

Calculate the magnitude an…

The drawing (not to scale)…

When the Earth, Moon, and …

The gravitational force at…

(a) Calculate the magnitud…

Phases of the Moon As the …

Okay, So for this problem, we're giving different vectors of force as it pertains to moon, To the earth and moon to the sun were us to find the direction in the magnitude of the net force acting on the moon between parts and be now to find our I'm going to start with part B where we're finding our net force. Because then I can also use that along with some triggered trigonometry, to find the angle off our direction. So starting with part B, I'm just gonna use notice here. We have a right triangle, so I can just use Pythagorean theorem to soften this. So let's just call this side. C C. Squared equals 1.98 times 10 of 20 news squared, plus my poor point 34 times 10 to the 20 news squared. So once you plug that into a calculator and you ah, use algebra to solve for C, we come out Teoh an answer of four point for hope for for 4.77 times 10 to the 20 Newtons. So that is the answer to party. This is our net force that is acting on the moon. So for part A. You just write this up here for C 4.77 We rounded to the hundreds place because we have three significant figures that we're looking at here. Okay, so I need to figure out the angle along this my here because we always want to find it according to a horizontal. So if I were to draw it out like this, I'm going to take all right, the co sign and it's called Angle Theta, and it's gonna be our near side. So we're gonna be doing this side here, which just happens to be the same as 4.34 times 10 to the 10 to the 20th Power. So we have 4.34 times 10 or 20 divided by what we just found, which was 4.77 Because we always do by the hypotheses. Now, once you divide these numbers and take the coast sine inverse of both sides using your calculator, we're finding that it's gonna be a angle of about 24.5 degrees, and that's just straight out of trigonometry. That's where that angle comes from. So this angle here, this is our data and That's the direction that the moon is going. Okay. Now, for the last part, it's asking that given that the mass of the moon is equal to 7.35 times 10 of the 22 kilograms we need to find the magnitude of its acceleration at the time of the third quarter fits. So given our mass here, we also need to remember that our equation for force mass and acceleration is force equals mass times acceleration. Now, we just found that Arnett, Matt or our net force is 4.77 times 10 to the 20 news, and that is equal to our mass of 7.35 times 10 to 22 kilograms. And we're solving for acceleration. So using algebra, just a viable sides by the 7.35 times 10 of the 22 that cancels out the kilograms in the Newton's. So we're left with nothing but meters per second squared. So that works out and we're going to get an answer off 0.649 And we rounded to this place because we have three significant figures. Three here, three here. So we have to have three here. And don't forget our units, and that's how you solve it.

When the Moon is directly overhead at sunset, the force by Earth on the Moon…

The drawing (not to scale) shows one alignment of the sun, earth, and moon. …

When the Earth, Moon, and Sun form a right triangle, with the Moon located a…

Predict/Calculate When the Moon is in its third-quarter phase, the Earth, Mo…

According to Newton's Law of Universal Gravitation, the attractive forc…

Phases of the Moon As the moon revolves around the earth,
the side that f…