Lake Lanier in Georgia, USA, is a reservoir creat… 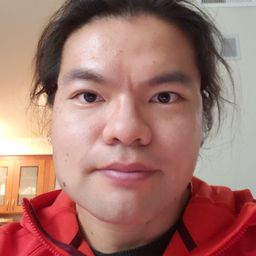 The graph of the acceleration $ a(t) $ of a car measured in $ ft/s^2 $ is shown. Use the Midpoint Rule to estimate the increase in the velocity of the car during the six-second time interval.

The graph of the accelerat…

The velocity graph of an a…

The velocity graph of an a…

Find an equation of the ta…

The race car starts from r…

A car is traveling along a…

The automobile is original…

If the car passes point $A…

The position of a car in a…

Okay, let's go ahead and do the calculation in this problem. We're asked to basically find the area under the curve. Okay? Using the midpoint rule. Now, the points are not given to you exactly. And we don't know what the exact function is. So the best that we can do here is to use our eyes to estimate the values. So each individual, what may have a slightly different opinion on what the values are, so the answer is could differ a little bit, but I'll do my best in order to help you solve these kind of problems. No, What I did was split the bottom into equal parts so that the bottom with is equal to one. And of course, the more, Uh um rectangles that you will have, the better the estimation is going to be. I used 66 rectangles simply because it was easy. Mhm. Now the first hike from 0 to 1. It's insignificant. When you plug in the height at 0.5, it's nearly close to zero. I know that it's going to be positive, but I will just use zero. Okay, I indicated zero plus just to keep in mind that it's not exactly zero. Okay, the next height, I am going to use the height at 1.5, which in my eyes looked like it was the height of two. So because the base length is, one area of this rectangle is going to be a two. Similarly, the next point at 2.5, the height to me looked like it was a seven. The next point I used looked like it was the height of 12. Similarly, because it's symmetric, the next point also looked like it ended up being 12. Keeping chart is 345 and when I plug in 5.5, the height seemed like it was around six, and that exhaust all of the rectangles that I have. So the area under the curve using the midpoint rule in my eyes it looked like it was going to be zero plus two plus seven plus 12 times two and a six, so that number adds up to 39. So if your answer is somewhere between I would say 38 to 41 then that is totally acceptable. In my opinion, I think the calculation is probably going to be an underestimate. So it's more likely that you will get 40 or 41 if you'd used more rectangles. Okay. And that is how you answer this question.

The velocity graph of an accelerating car is shown.

The velocity graph of an accelerating car is shown. (a) Use the Midpoint rul…

The automobile is originally at rest at $s=0 .$ If its specd is increased by…

The position of a car in a drag race is measured each second, and A the resu…