Use a graph of the sequence to decide whether the… 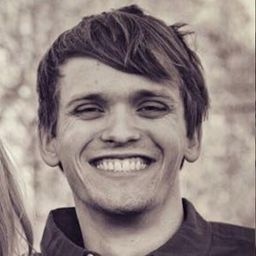 The sequence converges to 0

Plot a graph of the sequen…

Use the sequence feature o…

Find the limit of the foll…

Use the sequence feature o…

case of the biggest that we could be all the way up here at one. Right, because sign is going to be somewhere between minus one and one. And if we're dividing by in and it is a positive number than we're not going to get any larger than one. So we just plug in one, hear that we are first term. We'd get something like zero point eight four one four about that, okay? And then you can plug in some other numbers and you see that you're going to get some, you know, some wavy type thing here, and it's going to be oscillations. Yeah, but the oscillations will get smaller and smaller. Yes, there's going to be This is somewhere around five. As I mentioned this, this this was our first input here. So if you're going to actually graph this, the approach would be there, you know, plug in the values from your sequence. So plug in and equals one plot that, like we did and then plug in and equals to. So just plug that into your calculator. Look at sign of two divided by tour plot that and then, you know, connect the dots and make this graph here. Ah, once you do have you know enough data points. It's clear to see what's happening with that. We are oscillating up and down like this. But as we move further to the right, it looks as though we're approaching zero. Okay, so it looks like we converge to zero. Okay, Now, to prove this, we would use the screws there. Okay? So as it goes to infinity, sign of in is not going to be defined. So sign of it is going to be the thing that's causing us a little bit of trouble here. And the way I like to think about the squeeze serum is we take the thing that's causing us some trouble. And as long as it's bounded, then we just say exactly what those bounds are to the bounds are between minus one and one scan. And once we do that, then we divide by end so that we can get get our way in terms, and then we throw on these these limits here. Sorry. It looks like I'm running out of a little bit of space there. And then once we have those limits, the two limits on the left and the limit on the right. Those are going to be clear. And by construction, the thing that we have in the middle should be limited in goes to infinity of Ace of N. And now that we have it squeezed between zero and zero, we know that the only way that that could happen is if this limit itself zero okay, exactly as we suspected. So the sequence converges two zero.