Use a graph to find approximate x-coordinates of … 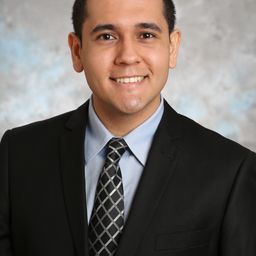 Use a graph to find approximate x-coordinates of the points of intersection of the given curves. Then find (approximately) the area of the region bounded by the curves.

On the graph of the functi…

Use a graphing calculator …

Find the area of the regio…

Use a graphing utility, wh…

Use a double integral to c…

we want to find the area of the region enclosed by these two functions. The 1st 1 in blue Why equals three X squared minus two X and the second in green like was X to the three minus three X plus four. So if we do a quick graph using a graphing calculator, at first glance it looks like there's 11 region over here because, uh, at first glance it looks like there's two intersection points. But if we actually zoom out, we find that there's 1/3 intersection point which happens Ah, at a higher X value. Um, so we actually have two regions, the 1st 1 being down here, which we saw in the first slide. And the second region is this tiny sliver that goes over here. So the total area is actually going to be the sum of two areas which will solve independently. So all right, that this as area is equal to area one plus area two. So we're going to figure out area one in area to separately. So area when I do it in green and area in red. An area, too. I drew in black, so let's all these two areas separately. Area one is equal to We're gonna do an integral So let's look at our first picture. Since it's a bit more clear, our first X value is going to be negative. 1.115 on our upper value is going to be 1.254 So let's write those in negative 1.115 to 1.254 and it's going to be the upper function, minus the lower function. Here. The upper function is the green one, and the lower function is the blue one. So we're going to subtract those the green function executed minus three X plus four minus the blue function three X squared minus two X dx. Okay, of course, we can simplify this a little bit. We haven't x cubed. We have minus three x squared we have in minus X and then we have a plus four DX so we can carry out this into girl by doing the anti derivative 1/4 ex to the fore minus X cubed minus half X squared plus four x. And then here we're plugging in 1.115 and then 1.254 So plugging this in gives us approximately 6.185 as area one. So now let's determine area too. Again, we're doing an integral So now we want to look at this is Uno graph. We see that our lower ex limit is 1.254 on our upper X element is to point X 61 So let's write that wrote 1.254 Uh and our upper limit was 2.861 So now we're doing our upper function Minus are lower function. In our first integral, the green function was on top. So in this region, the green function is actually on the bottom. So it's going to be our blue function minus our green function. So let's right there. We have three X squared minus two x minus X cubed minus three X plus four D x. Okay, so this is actually just a negative of our first integrated are the Inter Grant from Area one. So let's just use that we're going from 1.254 Sorry, there's no minus here. 22.861 and the integral and here is just going to be the opposite from area one. So we have in fine negative 1/4. Oh, sorry. Glad to Reese this. Let's just simplify it. We have a negative X cubed minus three X squared, minus X plus four D x. And then we just, uh, carry out the intern. The integral negative. 1/4 next to the fore, plus x cubed plus half X squared, minus four x hopeless works. Oh, sorry. This minus. I just popped in minus four X. There we go. And we're going from 1.254 22 points. 861 Plaguing. Our numbers in gives us approximately 2.193 And now to get the total area, it's area one plus area two, which is approximately 6.185 as area one and 2.193 as area, too. Which gives us our approximation for the total enclosed area. 8.378

On the graph of the function below, identify all extrema (local and global m…

Use a graphing utility, where helpful, to find the area of the region enclos…