Use the guidelines of this section to sketch the … 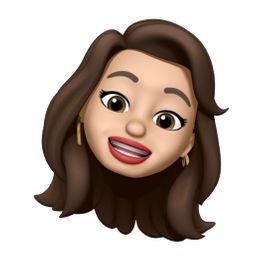 Use the guidelines of this section to sketch the curve.

Use the guidelines of this…

Use technology to sketch t…

Use technology to sketch t…

Graph the curve defined by…

The given curve is part of…

Graph the curve defined by…

So this is our function, and we're already given a domain. And so if we get our intercepts, um, if we set X equal to zero, we see that we haven't intercepted zero radical three. And if we said why, equal to zero and resolve we have an intercept at every to pi over three plus two pi n where n is an integer zero and five pi over three plus two pi n zero All right, so I get a little smaller. So we confess everything for our ah symmetry. There is none. Ask him to its there's none. And now we can do the first derivative test. So why prime equals co sign X minus radical three sine X If we set that equal to zero And so for a critical points, we have, um X equals by over six post pie in and is an integer Okay, And now if we do the first derivative test, this is a prime and we're testing values around that pie over six. We see that it's increasing to the left and decreasing to the right. And also just so we know, um, if we take if we plug in pi over six into our original function, we can get the Y value at a critical point, which is to So that's where we know our since it's increasing to decreasing. That's how we know where are Max is. It's up to. Okay, so this is our first derivative test, and now we can do our second derivative test. So why double prying? This is for con cavity. So our second derivative is negative. Sign X minus radical three co sign X set that equal to zero. And so we have X equals to pi over three, plus pi n. Okay, so let's just look at, um, two pi over three and test values, um, smaller than which will give us. Oh, this is f double prime. So we're testing into our second derivative, um, f double when you're a debit. Er, that's double prime. Okay, so smaller than two pi over three is going to give us con cave down. And if it's bigger, it's gonna be conclave up. So this is an inflection point. So a changing con cavity at two pi over three plus pi n. We just showed for one. Okay. And now we can graft with what we have. So since we're graphing from negative to pie, too to pie butts, label this as negative to pie. Let's label this is pie negative place. And then this would be play and about here is to play. Okay. And now we haven't intercepted zero, um, radical three. So let's say this is one. This is too, and, you know, that radical to is about 1.7. So it's gonna be about here, give or take. Um, next, we have intercepts at two pi over three plus two pion and five Piper, three post to pion. So about to pi over three would be about right here. Just a rough sketch and ah, five pi over three would be about here. And then let's do the same for the other side is going to be about here. So in here, you ever take okay. And now we're going to show that it's gonna be con cave. Uh, but then it switches to calling Kate. I mean, it's gonna be increasing and then decreasing around pie over six. So if we know that pie over six is somewhere around here, Pi over 62 is where Max, remember so five or 62 we have a max about here, and it's gonna be increasing and then decreasing. Okay, Until we get to our, uh, other pi over six value, so it's gonna be increasing, and then it's gonna decrease. It's going to decrease in our next intercept, and then it's gonna say this is negative one, and this is negative, too. Is gonna go down and it's gonna be calm. Cave down. It's gonna become cave down and then go back to con gave up after hits two pi over three. So let's see her inflection point is, which is right here. So this is our inflection point. It's Kong Cave down, and that's gonna be conclave up until hits our minimum value, which is at two. And then it's gonna come back up and it's gonna hit five pi over three, and then it's gonna go back to con Cave down and continue one. All right. And now it's to the other side. It's gonna go down, hit our access. It's gonna start to come back up. But this is the lowest point. It can be negative, too, as a y value, and then it's gonna come back up and it won't hit the X axis until about here. And then it's gonna go is going to go up until about two and then go back down eventually. This is a graph rough sketch.

Use the guidelines of this section to sketch the curve.

Graph the curve defined by the parametric equations.
$$x=\cos \left(\frac…

The given curve is part of the graph of an equation in $x$ and $y .$ Find th…