What is the mean of the numbers represented by $x… 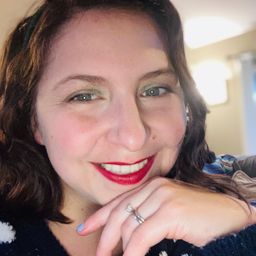 Use the information on page 717 to explain what statistics a teacher should tell the class after a test. Include the mean, median, and mode of the given data set and which measure of central tendency you think best represents the test scores and why. How will the measures of central tendency be affected if Mr. Dent adds 5 points to each score?

Introduction to Combinatorics and Probability

Explain how measures of ce…

Okay, so for number 39 it's a little bit lengthier, but there are ways we can kind of shortened this if we use a little bit technology. So, um, at the very beginning of the section, we were given a list of various algebra, two test scores, um, for a class and ah, we're asked number 39 to kind of actually dive in with those numbers. And the first thing that we want to dive in on us, something we've been doing this entire section, which is fine, the mean median and mode. So I am going to show you how to do that via technology, just so that way you can save a little bit of time, especially with these lengthier types of problems. If it's allowed, why not try it? Okay, so we all know that the mean is adding up all these numbers and dividing by however many students that took that test that day. So, um, we're going to go to a website called decimus dot com and you're going to click, start graphing when you go there and you're going to see this screen and they'll be all blank right here that I just filled these in with steps. But if you want to find the mean, you're gonna type mean parentheses and then you're going to, ah, list your numbers with commas and between and make sure the parentheses air there. If the parentheses air, not there, it will not work. So I'm gonna go ahead and start in putting, and that's the hardest part. Is just this little input part right here. It's little tedious, but it saves you a little bit of, ah time in the long run. So I've got 72 70 calmer. 77 76 90 68 81 and 86 34 94. You got 71? 84 Katie nine 67 19 85 75 66 80 and 94. And so, if you look here in this right corner 73.9, that happens to be our means. I'm gonna go ahead and write that down on our board. 73 point night. Right on, then. Normally, for median, we'd have to rewrite all these numbers out in order from smallest to largest and then manually go from the ends towards the middle. Well, a nice thing about desk most is that if you want to find the median, you just type the word median, parentheses, E. And then you can copy and paste that list that you did for your mean. You can copy and paste it or just re type it if you wish into here. So copy is control, See? And then paste is control the so 76.5. That's our medium. So I'm gonna go to the board and write our medians. We can keep track of it. And then, honestly, there is no need for technology to do the mode. You just look at the list in C, which test, if any, happens more than once or ah the most. And it turns out 94 right here happened twice. So 94 is our mode five. So now that we have the basic based information, we're now more equipped to be able to discuss some things further. So if you're a teacher and you want to talk to your class about, um, how your class did over almost like an average, you're going to want to use one of these three. But it always will. The pound. How the distribution waas. So in this particular case, if I want to discuss my class, what the average waas or the center was, um were in fact going to probably used the median as our best choice. And the reason why the median is the best choice is because there were two out liars 19 and 34%. Um And so based on that distribution that there were two out liars, that's what makes the median the best measure of center in this particular example. Now, for the last thing. There was a question regarding what happens if we add five to all of these numbers. So question is what? Yeah, we add five points to each score. So what I'm gonna dio is I'm going to say, Well, there's going to be a new mean There's gonna be a new meanie in and there's gonna be a new mode. So let's go discover that. So this is again why Decimus is nice, because now all I have to do is add five to each one of these numbers, which again can kind of be a little bit of a pain. But at least it's something that could be done and kind of kept straight in an order. So seven to plus five is 77 70. Class five is 70 5 77 plus five is 82 76 plus five is 81. Then I got 95. 68 plus five is going to be 73. 81 plus five is 86 86 plus five is 91 34 plus five is 30 nine. 94 plus five is 99. This will be 76 this of the 80 nine. Uh uh, This will be 94. This will be 72. This will be money, for this will be 90 and 80. All right, 66 will become 71 and you will be from 85. And this will become 99. All right, so 78.9 is our new mean. So according to our old mean versus our new mean that also, basically, when you add five points to your scores that went up by five from the original. So that kind of makes sense. Let's see if there's anything like that that happens with the median. So, median, I'm going to copy and paste the new list control, See, and then make sure you re sealed and do control V here says 81.5. So here, right down on my new median is 81.5 and so 81.5 minus 76.5 is still five. So again, our median increased by five. So if you add five points to a score, it's going to affect your you're mean and your median. That same way, it's going to add thought. And then our new mode is now 99. So again, that one increased by five so

Introduction to Combinatorics and Probability

Find the mean, median, and mode for each set of data. If necessary, round to…

Find the mean, median, and mode of each data set. Explain which measure best…

Find the mean, median, and mode of each data set. Explain which measure best…

Explain how measures of central tendency are used in the real world. Include…

Teacher Data Select a systematic sample of
10 states, and find the mean o…