When a camera flash goes off, the batteries immed…

(a) Find the inverse of this function and explain its meaning.
(b) When will the population reach 50,000? 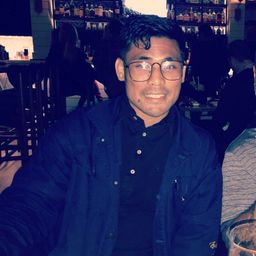 Bacteria population If a b…

Suppose that an initial po…

The population of the bact…

Assume that the population…

The growth of a certain ba…

A culture of bacteria has …

okay. The model that were given in equals 100 times two to the Power T over three represents the population of bacteria, the number of bacteria as a function of time. And that function is also called f of tea in this problem, and the first thing we want to do is find the inverse now, Typically, when finding an inverse, we start by switching X and y, and then we solve for y. However, in a real world context, when the variables have meaning like n equals number and T equals time, you don't actually want to switch them because you don't want end to mean time and t to me number that just won't make sense. So instead of that, all we do is isolate the other one. So we went to isolate T. So let's divide both sides of the equation by 100 and divided by 100 equals two to the tea over three power. Now we need to use the log. We could use any kind of log we want we could use long base to if we want to. So log, based too of in over 100 equals log based two of two to the tea over three, and that's gonna cancel with the two and leave us with tea over three. So to get t by itself, the last thing we need to do is multiply both sides of the equation by three three times Log, based to of an over 100 equals teeth. Now, if we want to, we could call that f inverse of tea. And because we put a T in there, I think I would rather call it f inverse of n to be more consistent with their variables. We could really put any variable in there we wanted, but I want to remember that end stands for the population. So what have we just done? We just found a function that gives us time as a function of population, whereas we started with a function that gave us population as a function of time. So this will be useful if we know the population and we want to find the time. The original one was useful when we knew the time and we wanted to find the population. So let's use this to do part B. So here we have our function and the question is, when will the population reach 50,000? So when will end equal 50,000? Find the time so we can substitute 50,000 in for end and self F. Inverse of 50,000 equals three times log based. Two of 50,000 divided by 100. Let's go ahead and put that into calculator, and if your calculator is able to do long based, too, that's great. If it's not able to do long based to you can do three times natural log of 50,000 over 100 divided by natural log of to, and you'll get the same answer, and that gives us approximately 26.897 hours until the population hits that number.

Suppose that an initial population of $10,000$ bacteria grows
exponential…

Assume that the populations grow exponentially, that is, according to the la…