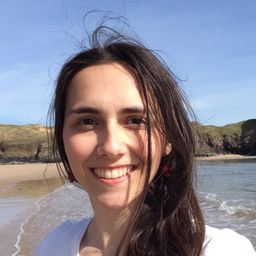 The figure shows a circuit…

IMI The circuit in the fig…

A battery with an emf of 6…

The circuit in Figure $P 1…

CE The circuit shown in FI…

A series circuit has an in…

All right, so we've been given the date of the problem. R D q. D, T plus one over. See Time's Q. Equal. Speaking of teeth we've also been given will use this later. That cube of zero equals aren't so again. Our is the resistance. Deke Udt is the current sees the capacitance accused wth e charge and you tease the voltage supply to battery. We were given numbers for a posting, so let's plug them in. Thank you, E t. Times five Since I was a resistance plus one over a 10.5 times Q equals 60. And we know that this is a differential equations problem and that we weren't because we're going to be using the method of integrating factors we wanted wth e Excuse me, the constant, most playing dick. You t t to be one. So we have two defector by five. But before we do that, it would be easier to do so if we just remembered that one over point. 05 is 20. So let me rewrite that. So five q d T plus 20 times cute equal 60 and when we divide through by five just gives us d q T T plus four times Q equals trip. And because we're using the method of integrating factors, I'm going to call it I I of tea is B to the integral of whatever is multiplying. Q. Which in this case is for DT and the integral for with respect to tea is just 40. And since it's a method of integrating factors we don't have to worry about, plus C over here. Okay, so now that we have that, we can multiply both sides of the differential equation by eat 14 which I will do on this newsletter. So we've got you to the 40 times D. Q. D T plus four need to the 40 times Q equals 12 feet 40. And we want to do something with this. But it's much easier to do so if we recognize that the left hand side is just the derivative with respect to t. Of uh, you to the 14 times, and I'll explain what that means in a second. So if you take the derivative of each of the 40 times Q. You know you have to use the product rule and the derivative of cues. D. Q. D t That's this path, Rick. Here and the derivative. Each of 40 is four times he to 14 times. Okay, so that's your left hand side. That's your right hand side. And we have a comparatively complicated into, um, derivative on the left hand side. Since we wanted to find Q and Dick, U D t would be much easier if we could simplify that on the way to do it here is by taking the integral of both sides, which would get rid of this DDT in the front. So integrating but science, both sides. We can just look at what's on the inside of the derivative here, so that would mean into the 40 times Q and then the integral of 12 each of the 40 DT now the integral of this. Just to save time, use U substitution where you equals 40 and that Integral comes out to eat the four three times you to the 40 plus hurry and you can do that out again. You would use u substitution, but we wanted to find what see is And if you remember, we were given that cube zero equals here. So on this right hand side, of the board. We're going to find C. So again we were given that Cube zero equals zero from the date of the problem, and we're going to plug in zero into everything. Remember that when we see Q, that's actually a function Q. Of T. So wherever we see T, we're going to right zero and Q zero Q would become just two of zero since we're plugging in, zero for teeth equals any times for zero plus C now e to the four times zero is just eat 20 which is one cute of zero is zero same thing over here three times one plus C. But that means that their left hand side is hero. In the right hand side would also have to be zero, which tells us that c equals negative three. So at this point, I will copy over this equation over here with C being replaced. We have the eat the four tee times Q equals three times each of the four T minus three with what we had on this intersect. So three e to the 40 minus streak. And now, since we just want to find Q, we can divide by eat the forties, and that means that I e q equals three. He to the 40 times eat the negative for T minus three e to the negative 14. This just means one. Sorry, that's a negative sign. Line us E to the negative 40. And I've used the distributive law to rate the three on, so that's Q. That's part one. And now we want D. Q D T, and we would just take the derivative of this and all that is so the derivative of three is just zero. So we would have negative three times negative for E to the negative 40. But that's just 12. Eat the negative 14. So our answer is q equals three times one when us eat, then I get 40 on D. Q. D T equals 12 e to the negative 40. Thank you

The figure shows a circuit containing an electromotive force, a capacitor wi…

Variable Resistor. In Section $5.7,$ we showed that the charge $q$ on the ca…

A series circuit has an inductor of 0.2 henry, a resistor of 20 ohms and a c…